Dirilis: Ertugrul (Resurrection: Ertugrul) Season 1 in Urdu Dubbing is a Turkish historical fiction and adventure television series created by Mehmet Bozdağ, starring Engin Altan Düzyatan in the title role. It was filmed in Riva, a village in the Beykoz district of Istanbul, Turkey, and premiered on TRT in Turkey on 10 December 2014. The show is set in 13th century and centers around the life of Ertugrul, the father of Osman Ghazi, who was the founder of the Ottoman Empire.

After saving Shahzade Numan, Shahzade Yigit and Halime Hatun, Ertuğrul puts the Kayı in a series of problems with the Templars and a powerful Seljuk man, Karatoygar. A problem also arises with Kurdoğlu, who is betrays Ertuğrul and Suleyman Shah, his blood brother and also father of Ertuğrul and Bey of the Kayı. They attempt to migrate to Aleppo however are stopped by Tariq, a traitor working for the Templars. Ertuğrul kills him and successfully convinces the Emir of Aleppo to see the truth. Finally settled in Aleppo, Suleyman Shah orders the Kayı to siege the Templar castle. They succeed and the Kayı rejoice with the marriage of Turgut Alp and Aykiz. Soon after, Ertuğrul also marries with Halime. The Kayı migrate to the Seljuk-Mongol borders in Anatolia, following the will of Suleyman Shah before he died. 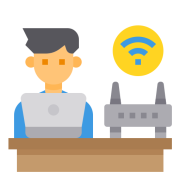 G Suite is now Google Workspace in a bid to merge Gmail, Chat, and Docs

Report: Google is going to turn YouTube into a shopping hub